What should be the frequency of Mobile App Updates? 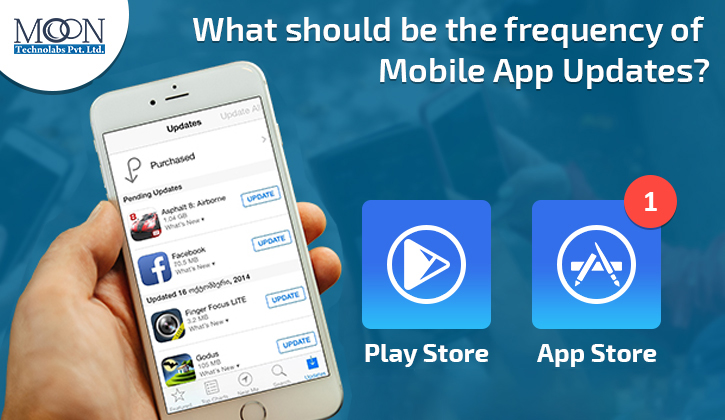 It is essential to approach right listeners, stick to your organization’s goal and set an achievable target. Updates do have a direct or indirect impact on users. A regular notification may annoy them, while a no notification might make them think that app is inefficient. Find out what works in case of app updates.

A two-week sprint is considered apt to release an app for review. Thus, ideally a mobile app ought to be updated in two weeks time.However, what is the need to update an app when the current version is working smoothly?

Why is App Updates Important?

A subsequent update must focus on a particular bug fix, if that caused any functional error in the application rather than simply adding new features to enhance cosmetic features of the app.

App updates can be proactive, reactive, major or minor. Most of the apps just include most important or core functionality at the time of initial release while they are updated in subsequent versions, depending upon customer demand and reaction. In such cases, a proactive update is more important than a reactive one.

Major app update also depend upon the usage of the app. E-commerce apps are not required to be updated frequently or weekly as usage is transactional or occasional.

Developers need to follow a maintenance code and update each feature according to customer feedback.

What can be the advantages and disadvantages of releasing an update to an app?

An update to an app will not cost anything from existing users. A simple update also helps to market that app easily with exactly the same link that is available on Play Store.

New customers have to pay the development cost and they are forced to update the app unless they otherwise willingly choose not to do so.

A mobile app must undergo a complete software development life cycle and testing life cycle in order to remain relevant and successful. Refinements in form of bug fixes and enhanced features must be an essential part of each improved version of the app. Larger mobile app development companies might come up with 3-4 major updates in a month while smaller ones or individuals might come up with 1 quality release in a month.

« Everything you want to know about Beacons