Everything About Progressive Web Apps (PWA’s) 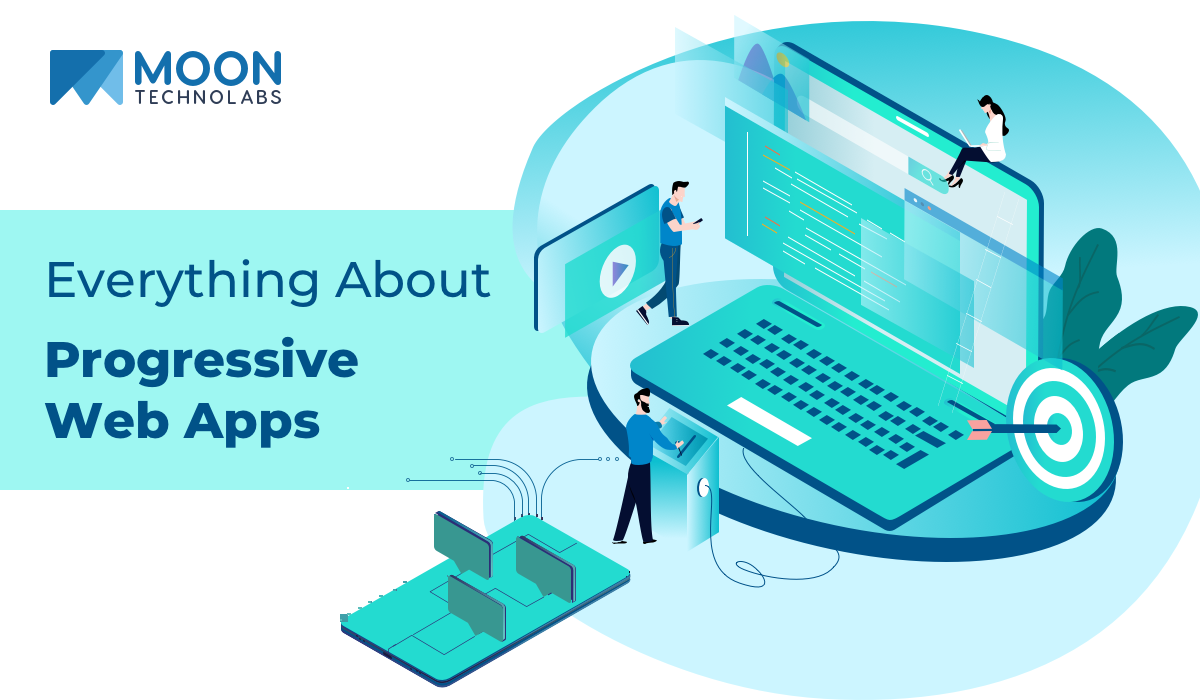 The web app is short for ‘Web Application’ and works with an internet connection due to its operational capabilities by residing in the cloud. They don’t require any installation on the hardware or device and can be directly operated by any web browser from a PC, tablet or smartphone. They store all the necessary data on the servers and can be called upon by the users whenever a function needs to be carried out.

The best part about the web apps is that majorly they can be accessed and retrieve their information from any device any time. Without further ado, let’s dig deep into salient features and drawbacks of Progressive Web Apps.

Progressive web apps are nothing but practical enhancements to a web app to work like a desktop or mobile app using the latest web technologies. The purpose was to provide a user with an experience closer to a native mobile app so as to minimalize the difhttps://www.moontechnolabs.com/ference between a native app and PWA.

For a better understanding of the operational functionality of PWA, it is necessary to distinguish between websites accessible from a smartphone device browser and the ones accessible by downloading the app from the store. Technology has provided a user with many options such as mobile websites, responsive websites, web apps, native and hybrid apps to access data and carry out any function. In other words, progressive web apps lie somewhere between web apps and native apps. Moreover, the critical advantage of PWA’s is to install an app without the need of going through the app store.

There is some added advantage of choosing a web app over native mobile apps and hence, it is more convenient to opt for PWA’s. Let’s see some of the benefits:

Progressive and native: As the name suggests, these apps are built with practical improvements to work on any browser. Moreover, you can send push notifications and PWA’s have access to a few mobile functions just like a native app.

No app store required: Users can avoid going to store to download and install while the app owing company is left out of following the app store rules and submission procedures.

Works offline and no-storage: Service workers acts as a network proxy and load the requested page by the user by accessing the content from the cache. PWA’s do not require storage space as there is no need to download them in the first place.

Though PWA’s are productive and multifunctional apps, there are certain drawbacks attached to it.

Lose app store profit: Though it is a benefit for a user not to visit the app store for any PWA as an app owner, you would marginally lose the profit from the app store traffic. There is a considerable number of user who specifically looks for apps on the app store.

Limited access: PWA’s have limited access to mobile phone functions as compared to native apps and hence considered as it’s a disadvantage.

Limited compatibility with iOS: Though there are substantial user-base for Android and iOS devices, Progressive web apps aren’t compatible with the later ones. Hence, there are many iOS app development company are working on it to make it more optimized.

Top mobile app developers now don’t have to rely on mastering complex languages such as Java or Swift. With a simple knowledge of HTML, CSS, etc. web app developers can easily create PWA’s. Additionally, it is cost-effective as PWA’s reduce the maintenance and app deployment in the cycle of app development. Also, these are cross-platform and therefore no need to create separate versions of the app for different platforms.

5 Tips To Bring Down Your App Development Costs »

« Important Factors To Not Compromise In Responsiveness Of Your App