Don’t Initiate An iOS App Development Project Without These Tools 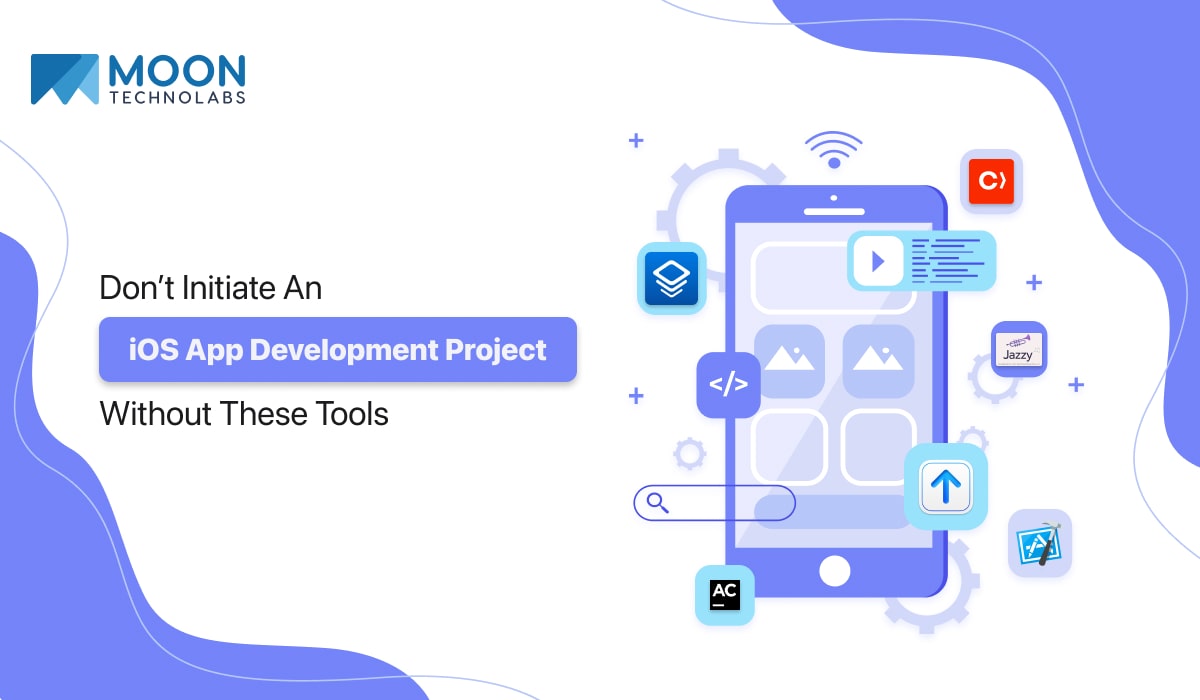 If your business can benefit from building an iOS application, you shouldn’t hesitate to go down this road. However, you have to pick an app development agency carefully. If possible, check whether the developers of your preferred organization leverage the iOS app development tools you’ll learn about here.

According to market researchers, the market of mobile applications will bring in more than $935 billion within the next year through revenues from in-app advertising and paid downloads. Naturally, it isn’t surprising if you, an entrepreneur or established business owner, are planning to invest in custom iOS app development services.

Some businesses can benefit from Android apps while others need a cross-platform solution that’ll work on any known mobile operating system. Similarly, a few enterprises only need an app for iOS devices mainly because these brands have a customer base that prefers using Apple’s smartphones.

Does your business sorely need an iOS application? Before you fabricate your idea, you have to know that an app development framework and a programming language aren’t going to be enough for developers to build something. They also have to use mobile app development tools, and you’ll learn about some of the best tools for iOS development.

The problem with building something for iOS is that the brand, Apple, has put several limitations in place. These limitations make app development somewhat challenging. Fortunately, Apple realized it in time and introduced several advanced technologies and tools to ease app development for programmers on multiple platforms.

Without further ado, this topic will take you directly where you need to go. This write-up is all about the best and most effective tools for iOS app development. By learning as much as possible about these tools, you’ll know whether your preferred custom iOS app development agency uses them when working on projects or not.

This list kicks off with AppCode – an advanced tool created on a platform called IntelliJ IDEA and introduced by JetBrains. It leverages various plugins to increase its functionality. Developers can do the same thing by writing exclusive plugins on their own.

It’s possible to use this tool with multiple programming languages, such as JavaScript, Objective C, C++, and Swift. These languages are quite common among iOS app builders.

The most significant benefit of using AppCode is that it eases the tasks of code writing and analysis. The editor and IDE aid developers in pinpointing various coding errors. As a result, they can eliminate them in time. This feature of code management helps developers avoid wasting time.

Apple is the creator of Xcode, and it did so to help the providers of iOS application development services to create Swift apps for iOS-powered devices. New developers, quite understandably, lack experience, but they can build something for Apple’s devices, such as iPad, Mac, Apple Watch, iPhone, and Apple TV using Xcode.

The development environment offered by Xcode allows app developers to build iOS applications using a compiler, a build system, and a text editor. Furthermore, it’s one of the best tools available to developers for writing, compiling, publishing, and debugging applications.

If you want your business application to reach the market within the shortest possible time, ask your developers to use Xcode. After all, it reduces the time needed to build mobile apps while maintaining consistency and increasing the rate at which app developers finish their work.

iOS developers often depend on a program called the Simulator for app testing before sending them for the approval of Apple. This simulator is a tool of Xcode installed on a Mac device. With it, app developers can run apps meant for the iPad, iPhone, Apple TV, or Apple Watch in one window. It’s perfect for testing an application quickly.

Simulation environments combine the simulation software program and a simulated device. The program also comes with multiple files and settings. Whenever developers test an app on a specific device, the simulation software solution will save the settings and files on that gadget. In doing so, it prevents developers from shifting back and forth between screens. In the end, it streamlines their interactions.

Here’s another tool called the Transporter that helps in uploading content directly to Apple. For developers, this tool eases the task of sending music, apps, movies & TV shows, or eBooks on all the platforms introduced by Apple.

However, a developer must do a few things first before getting a chance to use the Transporter tool. To distribute content on Apple Music, Apple App Store, iTunes, or Apple Books, one must set up an account on App Store Connect, or iTunes Connect, or provide valid credentials of encoding house.

By adding Swift and Objective C abilities in Jazzy, its creators made the task of the agencies offering iOS application development services easier. For instance, Jazzy lets app developers handle essential attributes and contemplate the objective of writing code.

The documentation viewer called Dash remains installed directly in the source code of websites and offers a high level of efficiency and accuracy to developers. These things led to the creation of a tool much loved by app developers as it works surprisingly well.

This tool happens to be one of the best for iOS app development projects. Fabric allows developers to build a massive range of apps in real-time.

With Fabric, developers of iOS platforms can include new features in their applications. It’s a lightweight tool that lets them automate the process of deploying whatever they build.

The iOS tool called Design+Code is a platform that provides app development educational videos. Rookie developers should definitely consider using it if they want to increase their skillset and become better in their trade.

As a full-fledged platform for knowledge acquisition, it allows developers to build powerful apps faster. If someone likes a piece of content, they can bookmark it to check it out later.

If you hire dedicated iOS developer for your project from an agency, ask a representative if they use CocoaPods to improve their work or not.

CocoaPods is a dependency manager with the ability to streamline the integration of libraries gathered from third parties into Xcode projects. About 83,000 developers use it, and they’ve integrated it into more than 3 million applications.

When it comes to using this tool, developers have to create a so-called Podfile. It’s a text file that describes how an app relies on other libraries. After that, it fixes all dependencies and acquires the source code for the libraries. Finally, it places the same in an Xcode environment to connect it with the app and conclude the project.

Now that you know which tools are the best for iOS app development projects, you can hire a dedicated iOS developer. First, however, you have to pry out an app development agency you can rely on.

Fortunately, you won’t have to look far. Moon Technolabs is an app and software development agency that has been working on iOS projects for a long time. The developers working with this agency use these tools, as well as several others, to amplify the outcomes.

Top 10 Famous Companies That Use Flutter »