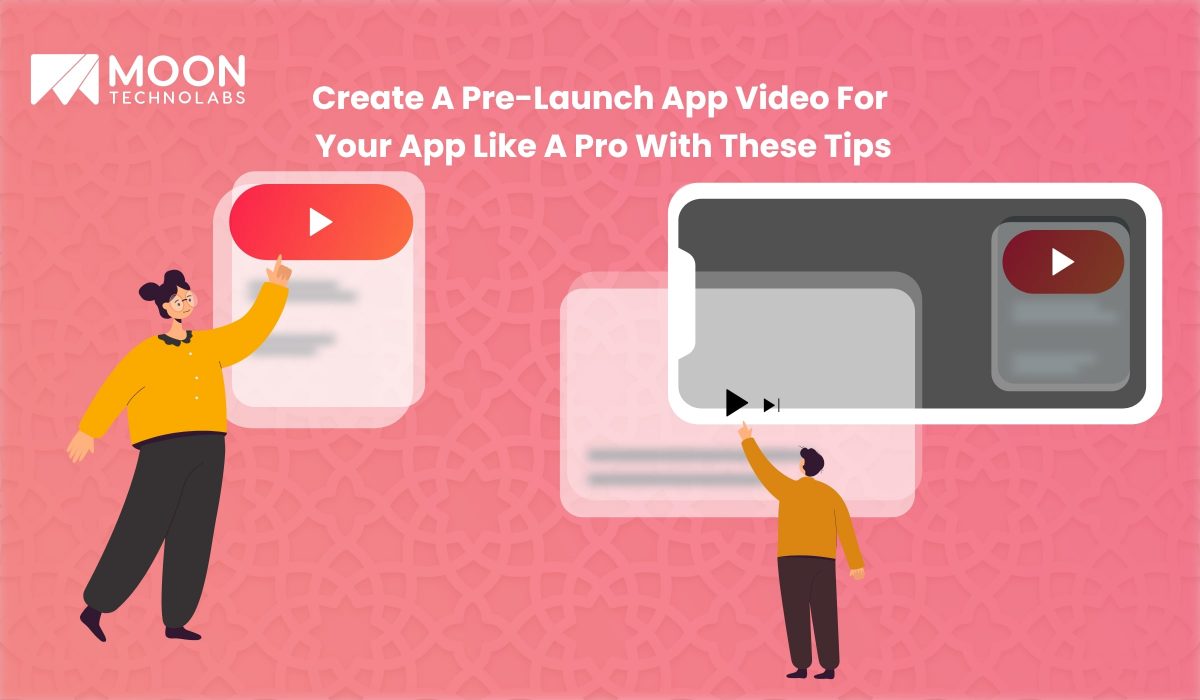 About half of all potential mobile app users of today will make up their minds about whether to use your app or not within the first five seconds of going through the app’s page on the Google Play Store or Apple App Store. While screenshots usually do the trick, you should never forget that a short video explaining the capabilities and features of an application can be significantly more beneficial due to its ability to portray the same.

Preview videos for mobile applications – this phrase shouldn’t be too difficult for someone to understand. After all, it means precisely what you think it means. It’s just a video that’ll provide potential users a sneak peek of everything your app is capable of. Generally, these videos last about 30 seconds or so and help prospective users find your app among millions of other similar ones.

There was a time when app videos were strictly an iOS phenomenon. Today, however, Google releases app videos too. You simply need to pay a visit to the Google Play Store or the Apple App Store to check out the previews of mobile applications. These videos are suitable for apps of all categories, including entertainment, music, education, and, of course, business.

Every mobile app has an icon and screenshots, apart from videos. In reality, you should include everything because you should take every opportunity you get to showcase what you have to offer. Now, if you wish to find out how to create the video, you can ask the people of the top rated iOS app development company or the reputed android app development company that worked on your mobile solution. Or, you can simply follow the guidelines elucidated in this write-up.

There will always be a few business owners and entrepreneurs who’ll want to know whether it’s beneficial to invest more money in video creation. After all, you can’t hire dedicated iOS app developers or hire android app developers without shelling out a significant chunk of your budget. If you’re one of those business owners, you should take a look at the following statistic pieces of data.

As you can see, if you avoid creating videos, you’ll make a grave mistake. Both app stores are already full to the brim with millions of mobile applications. Unless you create something groundbreaking, you can’t hope to make a dent. Besides, there’s also the matter of getting discovered. In that regard, preview videos work better than anything else you can think of.

So, without further ado, this topic will take you directly into the details.

How to nail app video creation

Just stick to the following guidelines and you’ll stand out from the rest.

What’s the ultimate objective of resorting to the services offered by a top-rated iOS app development company? You want to offer your products and services in the best possible way. However, if you expect someone to download your application, you have to showcase what it can do. It’s perfectly understandable that you’re in love with your idea and what it has yielded. Your app probably has numerous functionalities you want to explain to your prospective users. The truth is that they don’t need to go into all the details. It isn’t going to be worthwhile, either. If you try to add too much into a video that lasts 30 seconds or less, you’ll simply confuse your viewers. So, simply prioritize the benefits your app can deliver. Everything boils down to sending the most compelling message you can come up with, and you have to do it right at the start.

You probably have something that’ll attract people almost instantly. You may even want to save it for the last, but it’s a mistake you should avoid at all costs. As already mentioned earlier, you’ll have everything else at your disposal other than time. Unfortunately, it’s the only thing you need. Within the first 4 to 6 seconds, you’ll need to do your magic because it’s the average amount of time folks dedicate to apps, regardless of category. If this fact doesn’t pressurize you, the next one definitely will. Only 20% of all people will watch the video to the end. Understandably, your only option is to get the most out of the first few seconds, name 3 seconds. It’s also worth mentioning that the Apple App Store has an “autoplay” feature. You have to try to grab an individual’s interest as they scroll through the pages. It’s where the features you prioritize previously will come to your rescue. Just start with the strongest benefits and work your way down based on importance.

Google Play Store also has its drawbacks that you have to turn into something advantageous. There’s a feature graphic system – a static image that acts as the thumbnail of the video. It has to be impressionable enough to stop a visitor from scrolling past your application. First impressions work in just about everything you can think of, and it goes for preview videos for applications. Almost 50% of all installers will decide whether to install your app or not based on your ability to leave an impression they can’t neglect. The story is entirely different for Apple App Store, especially after its introduction of the autoplay feature. You won’t have to bother with the frame of the poster there. For Android users, however, you have to utilize the feature graphic as an incredibly impactful screenshot, particularly for the so-called “decisive users.” If you can create an enticing image, it’ll surely convert an individual into a downloader.

Video evaluation has to take place in two unique ways. One of them has to include the sounds, while the other has to exclude them. Music is indeed the best thing that you can rely on when it comes to augmenting the way it feels to the visitors. It will set the perfect mood to enhance the user experience. If you want to keep your expenses to a minimum, you should keep your eyes open for music options available without royalty. Just browse the internet and find out the best resources. Otherwise, you can ask the reputed android app development company to choose one. However, the music should never be too overwhelming. Otherwise, it will distract users from the textual and visual information. Besides, not every user will keep the sounds on while watching the video. For these people, text overlays will make up for the music.

It goes without saying that both Google Play Store and Apple App Store have their exclusive guidelines. For instance, in Google Play Store, a user has to click on the “play” button to view it. As soon as someone presses it, they’ll get redirected to YouTube. Apple App Store is profoundly more stringent when it comes to rules and regulations. Other than the guidelines, you need to consider the technical considerations. If you find out everything as early as possible, you’ll save both time and money. Otherwise, you’ll need to edit everything.

Transitions are exceptional. If you hire dedicated iOS app developers, they’ll say the same thing. If you consider using them in your preview video, you should remember the guidelines of Apple. The organization simply wants you to keep transitions as simple as possible. Fanciful transitions often make people think that there’s a specific functionality in the app that it actually doesn’t. You should stick to fading or dissolving if you want to use transitions.

Of course, some people can do almost everything. These individuals are the embodiments of the age-old adage that goes “Jack of all trades.” If you’re one of them, you won’t need any help, but if you’re not, you’ll probably appreciate professional support. When you hire android app developers, just ask them if they can help you create the video.

Just as you prioritize your app’s description, icon, and screenshots, you should pay equal attention to the video. It will give you the exposure you deserve.

The 10 Best Food Delivery Apps In The USA »

« 10 Most Heavily Used E-Learning Apps In The USA