Brands That Leverage The Power Of Angular To Get Ahead 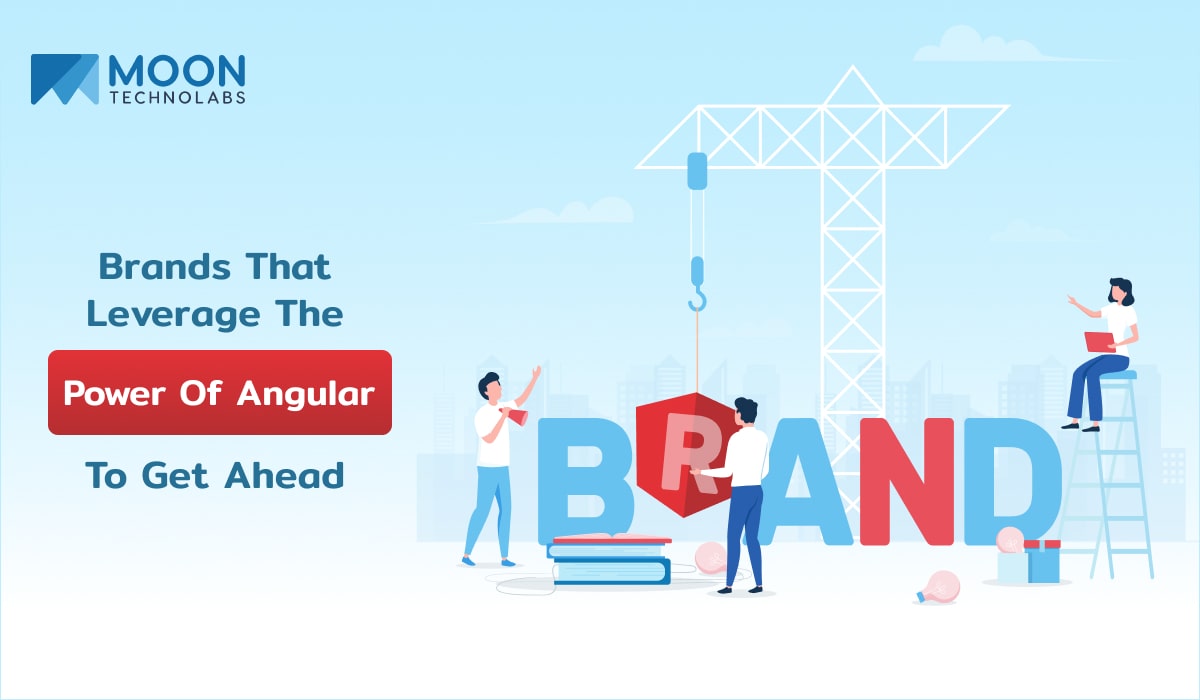 Some of the most popular companies known to humankind belong to various industries, and AngularJS is one of the stepping stones they used to reach the pinnacle of success.

There’s more than enough evidence present to prove that new-age web frameworks, such as AngularJS are on the verge of leaving conventional frameworks like jQuery behind. People tend to get caught up in the popular trends and an almost decade-long history of AngularJS. That’s why most of them don’t pay much attention to the reasons that made it so popular.

Some of the top Fortune 500 brands utilize this framework for front-end development. Tech leviathans, such as Samsung and Microsoft use Angular. Quite naturally, it gave this framework the fame it enjoys right now. It took time, but AngularJS started receiving the attention it deserved. Sooner rather than later, brands like UpWork, Deutsche Bank, and PayPal started using it.

Whether it’s a huge online payment system like PayPal or Delta Airlines, a huge number of brands recognized throughout the world have been using Angular exponentially over the last ten years or so.

This topic contains a list of 10 cutting-edge organizations that use AngularJS in their pipeline of web app development. If you use an angular web development company, maybe your business will find its place in one such list in the future.

The initial release of the framework took place in 2016. Right now, Google is in charge of maintaining it.

Based on the official documentation of AngularJS, it’s a structural framework used in developing dynamic web applications.

The framework allows developers to use HTML as the base template language. As a result, they can extend the syntax of the HTML to express the components of an app succinctly and clearly by writing just a few lines of code.

As all these things take place within the browser, Angular happens to be one of the ideal partners for any server technology.

There’s a lot for you to learn more about this framework, but if you ask the experts of an angular web development company, you’ll get a more in-depth answer. For now, it’s better to delve directly into the main topic of the write-up.

Deutsche Bank AG is a name you must be aware of. It’s a multinational firm offering financial and investment-related services, and, of course, it uses AngularJS for its developer portal’s front page.

This developer portal has the API program of Deutsche Bank that works as an access point to innumerable global organizations aiming to integrate the transaction systems of the company into their web-based software solutions.

Everyone who uses a computer is familiar with the name of Microsoft – a profoundly substantial multinational tech firm. It released MS Office for the first time in 1998. In April 2021, Microsoft reported that it has about 75 million active users using its platform every day.

Among all the businesses using AngularJS right now, Microsoft is probably the only one that took the boldest approach.

The expansion of Microsoft into the 21st century was possible partly because the company shifted to the web efficiently.

In August 2014, the brand introduced two new exclusive web apps that presently utilize the framework of AngularJS via the API of Office 365.

Then, in 2020, Microsoft Office started coming in a package with a free-to-use version of the web app of Microsoft 365, and it works online.

This free version has most of the features of Office condensed in a single-page view. By using it, commoners and business owners can collaborate on teams and produce documents.

Santander is yet another financial brand that initially organized its services in Spain. Then, it established its principal market in 2013 in the Northeastern United States with the help of the Top mobile app development company in USA.

Based on the Global Tech and Operations Page of Santander Bank, its team, comprising of 2,000 people spanning seven countries, uses AngularJS to build internet-based financial solutions.

You may not know this name if you don’t watch live streams of video games, but Microsoft is its creator – a fact that may surprise you. Mixer is a free-to-use website for streaming games, and it stands tough against similar competitors, such as YouTube gaming, and Twitch.

Compared to the other companies mentioned here, Mixer integrates AngularJS into a video streaming use case, which is unique in itself.

As Angular uses single-page data that gets updated in real-time, Mixer leverages the framework to offer mission-critical game streaming features to gamers.

Some of these features include superfast live streaming, co-hosting from a channel, commenting on streams, and receiving alerts whenever the channels followed by a gamer initiate live streaming.

Back in April 2020, Forbes, the magazine monster that operates on a subscription model, crossed all limits by earning page visits amounting to 173.5 million. It’s a publishing company that favors fast page-loading times and provides a responsive user experience. It does so by using AngularJS in its front end.

Thanks to Angular, articles and stories get updated seamlessly within seconds of publication for subscribers to read.

Forbes has managed to establish a clear and defined precedent as one of the largest publishing brands that use this framework.

Only the Top mobile app development company in USA can create something like Gmail. However, initially, it was just a single-page emailing platform, but it was also an appropriate use case for AngularJS integration.

Whenever someone opens this email service of Google, the web app loads only one HTML page. At the same time, it updates information dynamically depending on new notifications or messages. Whether someone is reading an email, switching tabs, or composing a new message, AngularJS can handle these actions within one webpage.

The full name of this company is PayPal Holdings Inc., but everyone knows it as PayPal – the leading online payment platform in America with a worldwide reach.

PayPal supports swift online money transfers and works as a third-party electronic alternative to conventional paper-based methods, such as money orders or checks.

Just like all the other brands here, PayPal uses AngularJS to build dynamic web pages. These pages support real-time feeds of the transaction data on PayPal.

It’s safe to state here that this framework is the foundation pillar on which the responsive web app and mobile experience delivered by PayPal rests.

Since May 2020, Upwork has been earning considerably large profits. Its revenue is somewhere between $79 million and $81 million.

It took some time, but Samsung managed to establish itself as a brand recognized everywhere. The company started its journey in 1938, but today, it’s a multinational leader in the electronics industry.

Whenever someone mentions the name of this business, you think of physical hardware. However, you should also know that this brand has created a few front-page websites by packing them with code written in AngularJS.

Samsung separates itself as the primary leader in the sphere of electronics among all the brands that used the services of the best mobile app development company with experience in AngularJS.

The last name on this list is Delta Airlines – an incredibly competitive airline carrier operating in the USA. According to market researchers, the front-page web traffic on the website of this company stands fifth in the entire category of travel & tourism.

Every aspect of the website of Delta Airlines uses AngularJS. Instead of adding it to the web applications, the brand chose to deploy the framework directly onto its homepage.

The stable versions of Angular haven’t been around for too long, but each of them created a mark in the sphere of web app development. It took less than a decade for this framework to become a favorite of brands like Microsoft, Google, and PayPal. If these companies want to use AngularJS for their projects without second-guessing their choice, you can too.

Now, you only need to find the best mobile app development company. Unfortunately, hundreds of agencies will pop up against this search term. If you find Moon Technolabs there, and you probably will, you should consider going with it. Visit the website of the agency to learn why it should be your partner in your web app development venture.

What is AngularJS?
Angular JS is the most widely used open-source framework for programming. It’s perfect for creating single-page web applications.
What are the advantages of using AngularJS?
The most noteworthy advantage of AngularJS is that it’s created, maintained, and certified by Google. It also has efficient design architecture, delivers code reusability, and facilitates quicker end-to-end development.
Where should you look for developers specializing in AngularJS?
Moon Technolabs is one of the best app and software development agencies where you can hire experienced Angular developers.

What Are Your Options If You Can’t Use Flutter? »

« How Can Entrepreneurs Benefit From Fantasy Sports App Development In New York?