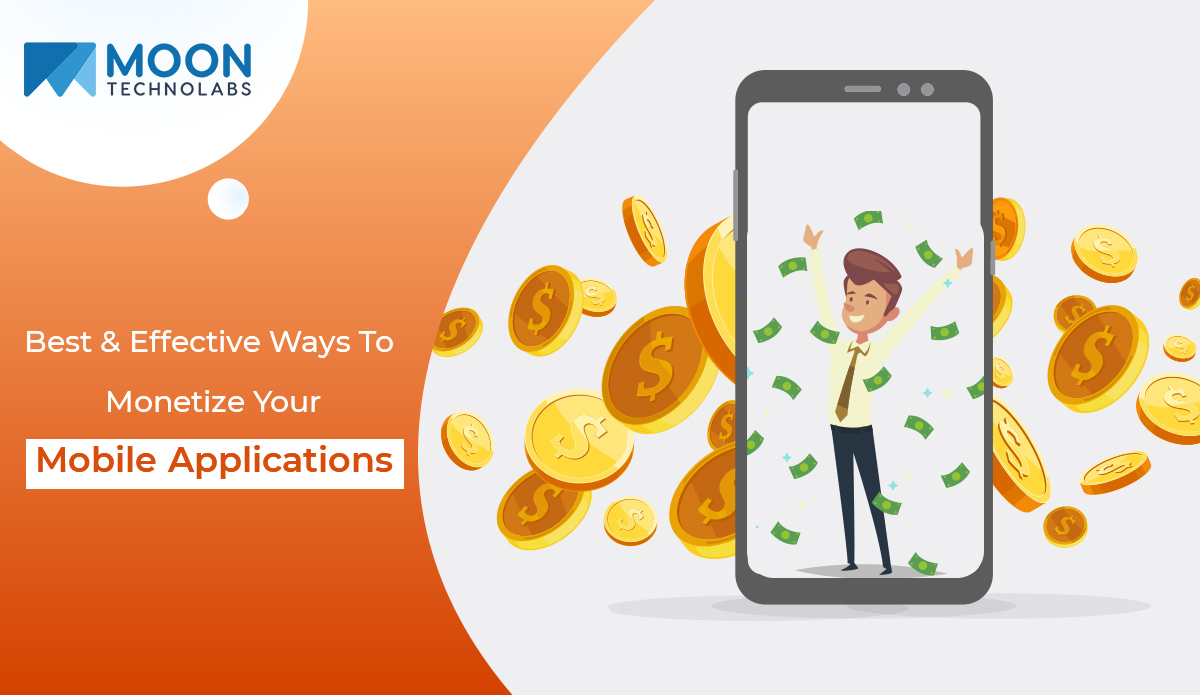 In a way, our lives are incomplete without smartphones and mobile apps. The reason is that the apps have made our life easier and instant. Apparently, the need of the developers differs than that from the mobile app users. When it comes to mobile app developers and top mobile app development company, they have numerous perspective keeping the business in mind. But, the smartphone users are able to get what they want on the internet for free. So, you’ll need strategies to monetize your app for the customers who don’t want to spend.

The key important factor here to consider is to grow engagement within the app through various ways. There are many paid apps without any in-app purchases and/or advertising, but these are very rare. Moreover, according to SensorTower Store Intelligence, mobile app revenue was marked at $60 billion by the end of 2017.

Let’s take a look at these simple yet effective ways to monetize your app.

The best way to proceed is to see what customers think and their perspective. Keeping that in mind, if it is in the best interest than you can go about offering the app for free or don’t offer any in-app payments. But, there is still the option of in-app advertising available which will favour both sides of the business.

In-app advertising generated $41 billion in revenue by 2015 and is expected to reach approximately $117 billion by the end of 2020. This method proves to be extensively beneficial in adding a revenue stream for mobile apps. Developers can provide the option to disable the adds for either money or for a certain period of time.

In-app purchases are responsible for more than 50% of app revenue and hence, this method of monetization remains at the top. If your app is successfully able to create engagement in the first instance than customers will tend to spend more on in-app purchases. More the number of users feel that the app is worth it, you’ll not only gain more users but also they are willing to pay for in-app purchases.

Paid subscription packages and offers are good monetizing elements to offer to your existing customers. Since you have presented the first one for free, it is quite easier and cost-effective to make them another purchase. On the contrary, paid-for apps would require proper marketing and higher search rankings. Even though in-app purchase revenue is steadily increasing in all market segments apps, paid-apps are still generating more profits than its counter-strategy of in-app ads.

Let’s see how this works. Merging the two business approach of in-app and paid-apps, you can simply offer multiple version of the app.

When most of the apps are available for free, it is a crucial thing to ask customers to pay first and then let them use the app. What if they don’t like it? To cope up with this, you can offer the basic or free version of the app and once they get the hang of it then, can go for a fully loaded version of the app. If they like your app, they definitely wouldn’t want to stay with the limited version. Hence, ‘try before you buy’ is a way to proceed.

This is one of the important ways to monetize your app. Sponsorship will help twice if your app has already a large number of users. However, you can still implement the strategies to attract more.

It depends on what conditions or ground you and your sponsors agree for the app. You might need to modify app’s name and it could be an advantage to them if your app is targeting the same audience of the industry. Companies from outside mobile app industry are very keen to join hands as they are able to gain potential users and an app.

Partnerships can be based on many factors and forms such as going for in-app ads, a set of push notifications, a sponsor-named feature event or integration or even location-based offers. This can be mutually decided among both and such a strategy can be implemented as per beneficial to them and your users.

There are many other types of monetization. You’ll have to figure out which one will suit you best. If not one, then you can try other also. A top mobile app development company can play a massive role in helping you to enlarge your customer base. Moreover, you can hire mobile app developers also to find out and induce some of the latest monetizing strategies.