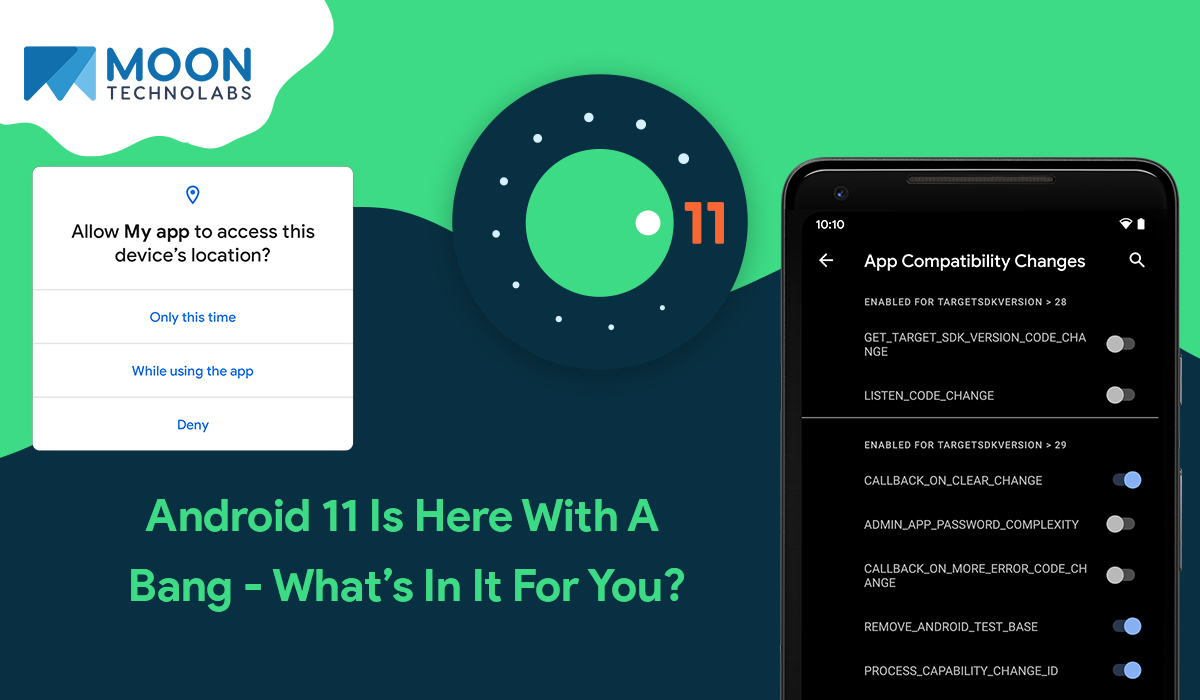 We all love surprises, don’t we? And it is not a wonder that Google knows this too. Google has once again found a way to surprise their Android users with the news of releasing the first preview developer for the next version of its mobile operating system – Android 11.

While the company has made everyone used to releasing its first preview developer in March, this is definitely early this time for everyone, suggesting that they might launch the final version of Android 11 earlier than usual.

Having said that, this release is absolutely going to be helpful for us to just peek and see what things are we looking at when we talk about Android 11. The company is expected to be launching some new features during its I/O developer conference. It is also possible that some of the features may not even make it to the final version of Android 11 as this has been the case before as well.

Nonetheless, let’s take a glimpse of the features that Android 11 might have.

The long-awaited wait is finally over. This wholesome feature was originally supposed to be released one year ago but sadly, it couldn’t be finalized. Bubbles basically provide a charming interface for messaging apps that actually allow users to continue with the multiple conversations and it is easily and efficiently accessible.

When it comes to Terms & privacy, users will be eligible to get this new one-time permission for the location. Subsequently, this also works for the usage of the camera and microphones. This also means that it allows apps to access the permission if you stay still and don’t move much from the application.

It looks as if the notification bar in Android 11 will be having its own messaging tab, resulting in the dividation of other ongoing conversations from different apps and allows you to ignore some if you want.

Well, the dark mode has its own fans because it’s not for everyone. Those who used to love it found rather some issues with the dark mode in Android 10.

In Android 11, those issues have been resolved.

Google I/O 2020 is scheduled to take place between May 12 and May 14 at the Shoreline Amphitheatre, California. The Android 11 is expected to be announced on May 12, 2020, whereas the final release may begin to roll out from September to the Pixel devices.

Google I/O 2020 is scheduled to take place between 12 May to 14 May. Going by the rumors, Android 11 is expected to be announced on 12th May 2020 and the final release may begin to roll out in September to the Pixel devices.

« 8 Factors To Consider Before Taking Over An Existing Mobile Application