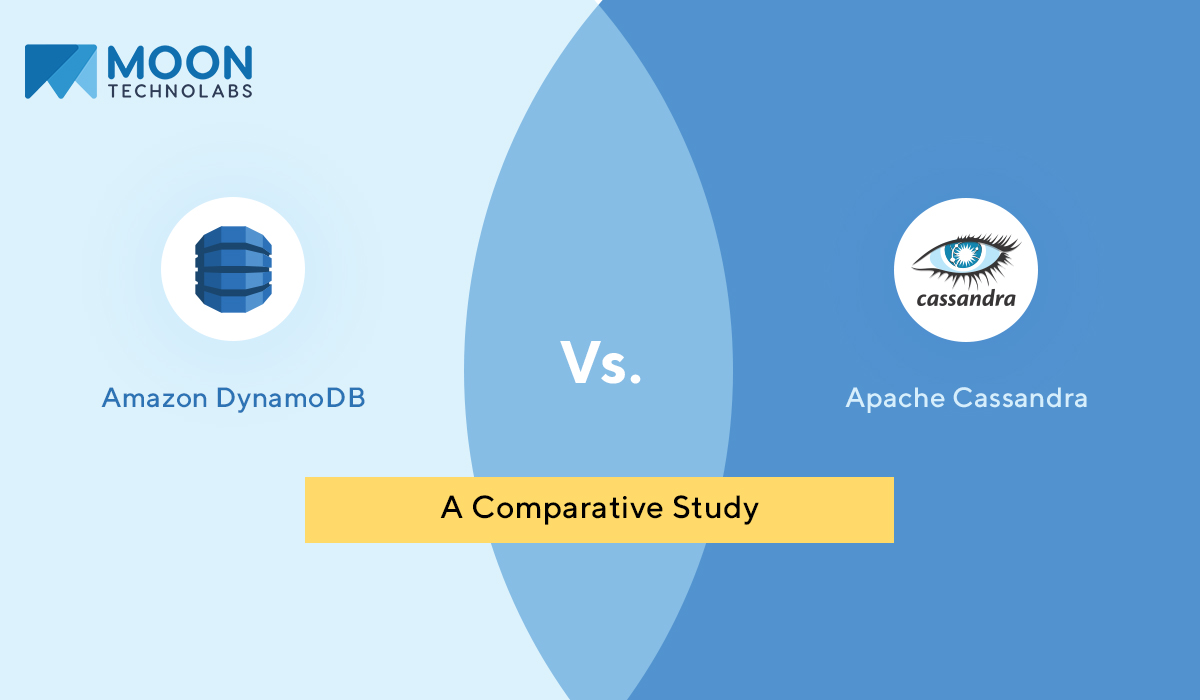 Business companies from all over the world are attempting to build large-scale, distributed system-based scalable databases. Today, Amazon DynamoDB happens to be one of the most powerful databases. So, how does it compare with the best breeds of open-source databases, such as Apache Cassandra? It’s what you’ll learn here if you continue reading.

Both Apache Cassandra and DynamoDB possess incredible data storage technologies. Both of them serve numerous applications and proved their efficiency at an unprecedented scale. Regardless of what you choose, you can be sure that it will allow you to manage data without a specific column schema. Of course, the concept of tables is still there, but you won’t need it for a specific set of columns, as you generally do with MySQL or SQL servers. From getting the top Apache Cassandra development company to the leading Amazon DynamoDB development company, both have their own advantages.

As already mentioned earlier, Apache Cassandra is an open-source software solution governed by the Apache Software Foundation. Due to its open-source nature, the providers of Apache Cassandra consulting and development services can run it in any cloud or on-premise environment. Additionally, its development and maintenance strategies are for the benefit of the community.

Despite being open-source, if a developer chooses to run Cassandra clusters by themselves, then it may lead to significant operational overheads and challenges associated with deployments, patches, and updates. Fortunately, companies and their development teams can purchase managed Cassandra clusters. Therefore, Cassandra can handle massive volumes of data across distributed and decentralized servers.

As there is a vast community offering support for clusters spanning several data centers and the cloud, it ensures zero point of failure in most instances. The design of NoSQL databases makes them perfect for scaling, but they do have sophisticated architectures. DynamoDB is one such managed NoSQL database service offered by Amazon Web Services. Amazon handles it, and so the users don’t have to worry about hardware provisioning, configuration, and scaling. Unlike Cassandra instance provisioning, the provisioning of Amazon DynamoDB isn’t constant. Another issue with DynamoDB is that it’s only available in AWS and nowhere else.

DynamoDB and Cassandra belong to the same paper called Dynamo: Amazon’s Highly Available Key-Value Store. Most of the differences between the two stem from the fact that the data model of DynamoDB is a key-value store.

On the other hand, the design specifications of Cassandra make it a column-family data store. The data model of Dynamo is a simple one, represented via binary objects identified by a key. If you wish to create an application using unstructured data, then the services of a leading Amazon DynamoDB development company would be useful. However, one should choose Cassandra if the project requires the developers to create applications using structured data. Cassandra allows the applications access to the data using several attributes.

These two data storage systems offer similar functionality, but they handle data storage differently. It leads to specific differences in data management, storing, and distribution that takes place across the two database systems. The two databases approach their unspecified columns differently, even though both are wide-column systems. Cassandra is a wide-column store that manages data in column families. The rows of a wide-column database don’t need. Any leading Amazon DynamoDB development company can help you with the requirements.

You’ll need specialists in Cassandra because they can add and remove new columns dynamically without affecting the underlying table. DynamoDB, in comparison, enables users to store dynamic data. It stores the data in JSON while utilizing document-based storage. Instead of storing the columns separately, DynamoDB stores them together in one document. DynamoDB has a database local persistent store, which is a pluggable system. You can select the storage depending upon the application use.

The AWS DynamoDB developers to hire wish to remind you that the pricing of DynamoDB is quite complicated. Conversely, the pricing of managed Cassandra is simple enough to determine, and as you scale out, you can anticipate observing the average drop in the cost per node. The pricing structure of DynamoDB includes an entire range of variables from the network to read and write throughput and storage. In many use cases, Apache Cassandra allows a significant cost-saving over DynamoDB, particularly in case of write-heavy workloads. In Cassandra, writing is cheaper than reading.

Developers keep on adding new features that often require changing the application’s underlying database. If you consider the learning curve of the developer, then you can ask the specialist to query data using SQL or other similar languages for straightforward data storage/retrieval requirements. With DynamoDB, data querying is possible with a proprietary API from AWS. When it comes to Apache Cassandra, it is also ideal to go with the top Apache Cassandra development company for your requirements.

The advantages and disadvantages of a database engine for your business will possibly depend upon your development team and the applications that you use. However, if you’re already using the AWS stand and require a NoSQL database, then you should look into DynamoDB. While doing so, you must understand how it works for your use case. The most important question that requires answering is whether you wish to set up, maintain, and keep tabs on your own cluster, or will the AWS do it for you.

« Explore About ReactJS and React Native, Here’s Some Help