7 Mobile App Mockup Mistakes And How To Avoid Them? 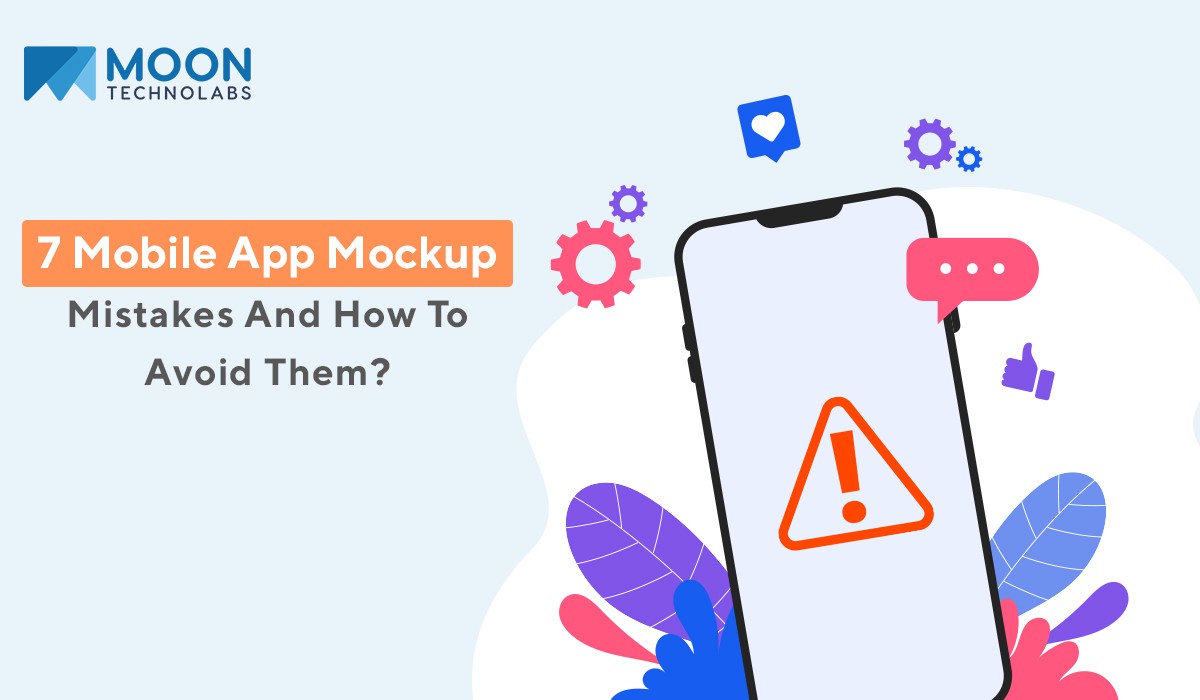 There are a few mistakes associated with the mobile app development world, and some of them are so common that the developers often ignore them. They think they can utilize those errors as a way of providing something different or unique to the users.

Have you been thinking about prototyping the UI/UX design of your mobile app before the code becomes a popular definition process? If so, then you must stop now and go through this write-up first. Mockups, wireframes, and prototypes can help you identify every flaw and solve them when the app is still in the design phase. However, you must find out what happens when something goes wrong during the prototyping stage of the definition process of the application. Here you’ll find several mobile app mockup mistakes and what you should do to avoid them by adding more proficiency to your prototyping strategies.

1. Avoid getting strung up:

Of course, getting feedback is valuable and crucial, but when the progress of app development is at stake, you mustn’t bounce backwards and forth between the feedback received from a group of individuals who aren’t performing well. You have to put your foot down and avoid listening to them. Whether you’re designing mobile apps or websites, effective feedback is mandatory. Then again, receiving input from just about everyone can be extremely disturbing. Instead of trying to adhere to everything, you should act according to actionable feedback, which is imperative in app design. Mobile applications are interactive programs and so it’s essential that you observe those who use your app and attempt to help you complete the workflow. What can you do to get actionable feedback? You should test your app on the device for which you’re building it. By viewing and testing the prototype on the right device, you’ll get a clearer idea of what it looks like, what will work, and what won’t. Also, you can perform these tasks while keeping your users in mind.

As app developers strive to augment mobile experiences, they often forget to look at the bigger picture. You have to design most applications to work on several mobile operating systems, such as iOS, Android, and Windows.Instead of focusing on the behaviour and interactive systems of all these operating systems, you prioritize individual devices. You may argue that Apple, Microsoft, and Google have already invested too much in their design languages, and you can’t do anything to change it. However, you can! So, how will you design apps for different operating systems? You should begin by gathering information on the UI guidelines for iOS and Android. After that, when you start prototyping, you should try to use pre-created UI kits wherever possible to save time.

No matter what anyone says, you will have a hard time if you attempt to understand everything the user wants. Some app developers counter the situation by adding everything to the application. However, going overboard by including too many UI elements or adding redundant steps to do something will make the app a mess. The only way to avoid it is to keep things as simple as possible. While you don’t have to resort to a minimalist UI, you have to make sure that a user can get to the bottom of the app quickly and easily. They have to be able to perform the main tasks in just a few simple steps. That’s why you should keep the interaction straightforward. There’s no need to force users to tap the screen swipe it more times than necessary. You should guide them through the app by making the menus and links faster to explore.

4. Avoid being prudent with the fidelity ladder:

When you design your app, you must remember that the optimal fidelity level is the minimal amount you need to finish your job. Usually, low-fidelity designs include sketches and static mobile wireframes, which let you iterate and present all content and features quickly and in a disposable way. With medium-fidelity mockups, on the other hand, you have to build your designs from scratch to the working design phase. It will have visual input and functionality. Nevertheless, creating such mockups is relatively simple. However, with high-level prototyping, your design will look and feel as close to the finished product as possible. Understandably, you’ll need more time to iterate and purify the UI/UX design of your business app. When you design a mobile app, you have to present something that looks realistic to the testers. Understandably, high-fidelity prototyping is of the utmost importance.

It doesn’t matter whether you’re designing for Android, iOS, or Windows. You’ll get a massive array of tools at your disposal, but you must stay away from the not-so-great ones. Indeed, they do come with the right tools, and you must segregate what you need. For that purpose, you can go through reviews posted by previous users or even test every tool that you have. Since several prototyping tools come with a “test-drive” option, it’s the right moment to check them out.

Adding too many bells and whistles to an app are unnecessary, especially when you consider what your user wants. They simply wish to understand the app and use it to complete a task. Naturally, you have to present understandable information to new visitors and even offer feedback to keep them informed. An excellent way to do it is to use CTAs and educational animations. These things will initiate micro-interactions. According to experts, the systems have to keep users informed at all times about everything going on via appropriate feedback and within the stipulated time. Users want to receive feedback through instant responses to their interactions with apps.

One common misconception among app developers is that mobile users want everything on a small platter. They think that their users don’t have enough to go through the smallest details. Apps often showcase some pieces of information while hiding the rest. However, market researchers found that most mobile users don’t remain on the go. These people want to see everything in a reformatted way. You may know which device your user prefers, but you’ll never be able to contemplate the type of content they expect from you. So, if a content piece earns popularity on a desktop computer, it will also win the hearts of mobile users. Therefore, you mustn’t try to hide anything.

Now you have everything you need. While designing mockups and prototypes for web or mobile apps, just remember that the best medicine for all problems is iteration.

What Should Your Tourism Brand Do For Success In A Post-Pandemic World? »

« How Will Blockchain Dictate The Future of Mobile Application Development?