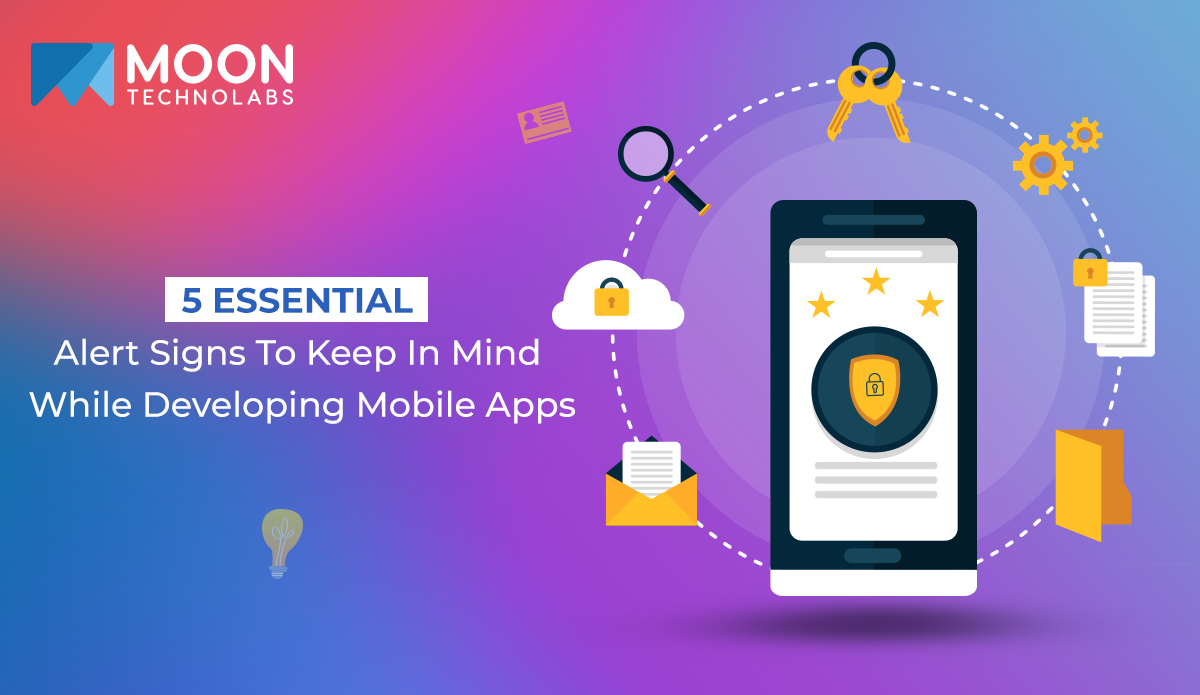 All sorts of mobile applications have become the part and parcel of our daily life. There such an increase in the demand of apps which has also led to the rise of app developers and but the primary concern is that while attending to the needs to the market, app developers may also be overlooking the crucial safety and security aspect in the general arena of mobile app development.

If such parameters aren’t placed properly, then it becomes an open and easy task for hackers to target such apps and steal customer data and details to use it maliciously. Well, we all have heard that prevention is better than cure, and, the same goes when it comes to both iOS & Android platforms.

Below mentioned are the few important pointers to keep in mind in terms of security of apps while they are in the developing stage:

The application code remains at the center stage for any application. For say, a minute ‘hole in the wall’ or simply a security breach could lead to big damage. Therefore, it becomes mandatory to keep the app code as secure and robust as you can to prevent any hackers to have a look around it.

Moreover, hackers can easily reverse engineer the app code to use to their own advantage so it becomes mandatory to build a robust code which can be easily patched and updated from time to time depending upon the need. To keep the top-notch quality of the app code it is also a good practice to use hardening and signing.

Encryption makes it hard for anyone to read and get easy access to data transmitted without decrypting it. Encrypting data is good because even if the data is stolen, hackers won’t be able to use it.

Libraries are the key components for code building for mobile apps. There are many 3rd party libraries available but most of them are unsecured. The best to rely on libraries is to test the code. If the library has flaws in it, that will pave the way for attackers to crash the system.

It is mandatory to use always authorized API in your app code. Few industry pundits claim to have the centralized authorization for the entire API to gain optimum security in the mobile application. Unauthorized API will always give hackers the chance to break in and gain authentication on the system, hence, it is suggested to use authorized API always.

Using a high-level authentication protocol stands at the peak of the mobile application security. Developers should pay optimum weight from the security point of view for user authentication as otherwise, it can lead to vulnerabilities issues in the mobile apps. Till today, the password remains as one of the strong authentication process and the policy should be strong enough so as to be unbreakable.

Recently, a multi-authentication factor is taken into implementation wherein, an app becomes more secured with the means of OTP login or authentication code via email or message and can also be secured by using biometrics.

« The Mounting Pillars Of Mobile App Design – UX and UI