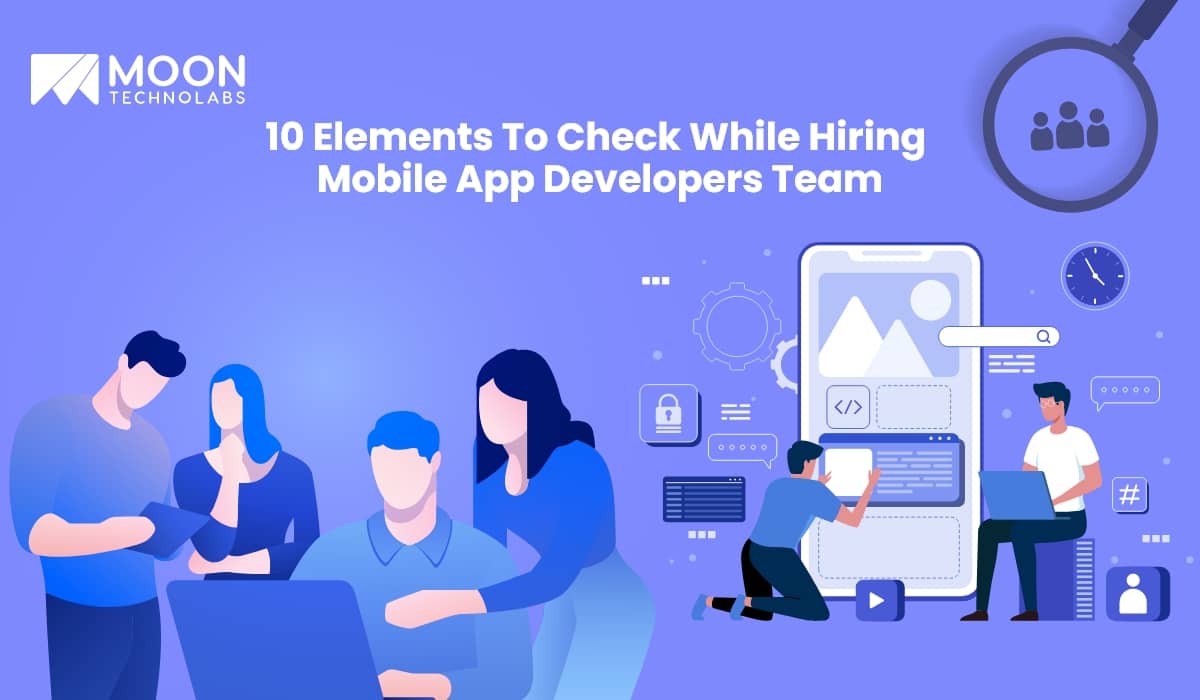 Hiring top-of-the-line developers for a digital product that’ll run on Android-powered devices can turn into a real headache, mostly because there are too many service providers available these days. Here you’ll learn what separates proficient developers from inept ones.

All business companies should have a mobile app designed for Android devices. In fact, they deserve to have such a solution at their disposal.

While an app won’t make a business successful, it will, at the very least, prevent losses. Basically, if you’re going to employ the services of a software development company in the USA, you have to learn how to use the app to your business’s advantage.

Even a decade ago, websites were at the top of the digitization game. Today, it’s all about mobile apps because the world couldn’t stay put. Besides, Android apps are far better than websites as they’re fast, optimized, flexible, and reliable.

Now, there’s a problem with hiring Android developers. There are just too many service providers available these days, which makes it a challenge for a business owner to separate the best from the rest for their organizational requirements.

If you need help in finding the right software development company in the USA, then you’re in the right place. Several things differentiate proficient developers from inept ones, and this topic will elucidate what they are.

10 tips to finding and hiring developers

It goes without saying that the field of technology has been advancing by leaps and bounds over the last few years. The expectations of folks with applications designed for Android devices are also increasing simultaneously.

Specifications of appropriate requirements and ideas are crucial, but, in the end, the top android app developers are the ones who have to build a product worthy of praise.

1. A necessity for the future

Does your idea delve into areas yet unexplored? Then you need the services of a developer group that catches up with it the moment you explain it to them. You have to know the level of interest the Android app developers have in wading through new implementations via their zeal to unearth more about your idea.

2. The cost of hiring

When it’s about hiring the top android app developers, it’ll inevitably boil down to the cost of development. Your expenses will differ significantly when you plan to hire the best service providers.

However, the experience of an agency shouldn’t always dictate your expenses. Usually, the best service providers working with the best agencies receive a lot of money for their work.

3. The most important concern

As the client, nothing should be more important to you than the quality of the work delivered by the developers of your choice. You’ll find numerous Android specialists in the market right now, and you must prioritize consistency in terms of quality.

Projects managed by the developers of your choice will tell you enough about the skills possessed by them. Previous works will be of use to you when you try to ascertain the capabilities of an agency.

Then again, some agencies agree to sign a Non-Disclosure Agreement or NDA. This agreement prevents developers from displaying their best projects.

As you can guess, such a situation will corner you, and you won’t have any other option but to trust the service provider blindly.

Experts suggest hiring Android developers with a clear understanding of the fundamentals of coding for Android applications. Usually, those who are the best at the basics of any kind of technology are better than those who simply mug up particular codes and implement them.

If you’re going to hire a dedicated android developer, consider working with someone who has a profile on Git. By checking the profiles of such developers, you’ll learn how they work and how much they know about Android development.

However, it’s worth mentioning here that these people also have to sign NDAs at times. Therefore, you shouldn’t expect to hit the jackpot simply by exploring Git profiles.

Most entrepreneurs often express a strong interest in helping someone else working in the same field. It means you can approach an existing or previous client of the development team of your choice to find out more.

This approach even works for app developers who’ve signed NDAs.

Also Read: Which Version Of Laravel Can Facilitate Faster Development?

8. Justification of the expenses

Hundreds and thousands of Android app developers will agree to work on your project for a negligible sum of money. These people aren’t just freelancers or small businesses. Even a few agencies operating in multiple locations spread throughout the world can offer their services at dirt-cheap prices.

In most cases, such “service providers” don’t turn out to be anything more than scammers. At other times, people end up hiring agencies or individual developers with little to no experience in app development.

The best service providers offering genuine app development services don’t come cheap. You should be aware of this fact and hire accordingly.

You already know a thing or two about NDAs now. Numerous service providers will peddle the code of your application, especially if it isn’t a white label project.

If you don’t want others to copy your project, you should consider pointing it out in the agreement. In other words, you’ll need an NDA of your own.

Freelance developers aren’t going to cost you a lot, but they won’t be able to offer you post-development support, either – something extremely important for an app to survive.

You must hire a dedicated android developer from an organization like Moon Technolabs for all-inclusive services.

From everything described above, hiring Android app developers may seem a little too tough, especially if you’ve never done it before. However, things will get simplified if you consider picking up and evaluating the pointers elucidated in this write-up.

If you need more information, you can contact Moon Technolabs. By outsourcing your project to such an agency, you’ll remain involved in every aspect of development and witness how the developers touch every milestone along the way.

Should you hire Android developers in 2021 and beyond?
2021 is almost ending. However, this year witnessed millions of business companies hiring app development agencies to build mobile solutions for their clients and customers. 2022 isn’t going to be different. In fact, the demand for these services will simply increase with time.
Should you outsource the project to an agency based in another country?
Outsourcing is a procedure you should consider following if you want to build apps without paying too much money yet acquire the best services and a stellar result.
Which is the best app development agency?
Hundreds and thousands of incredible app development agencies are available out there. Moon Technolabs is one of them. If you hire this agency, you’ll get the best of everything.